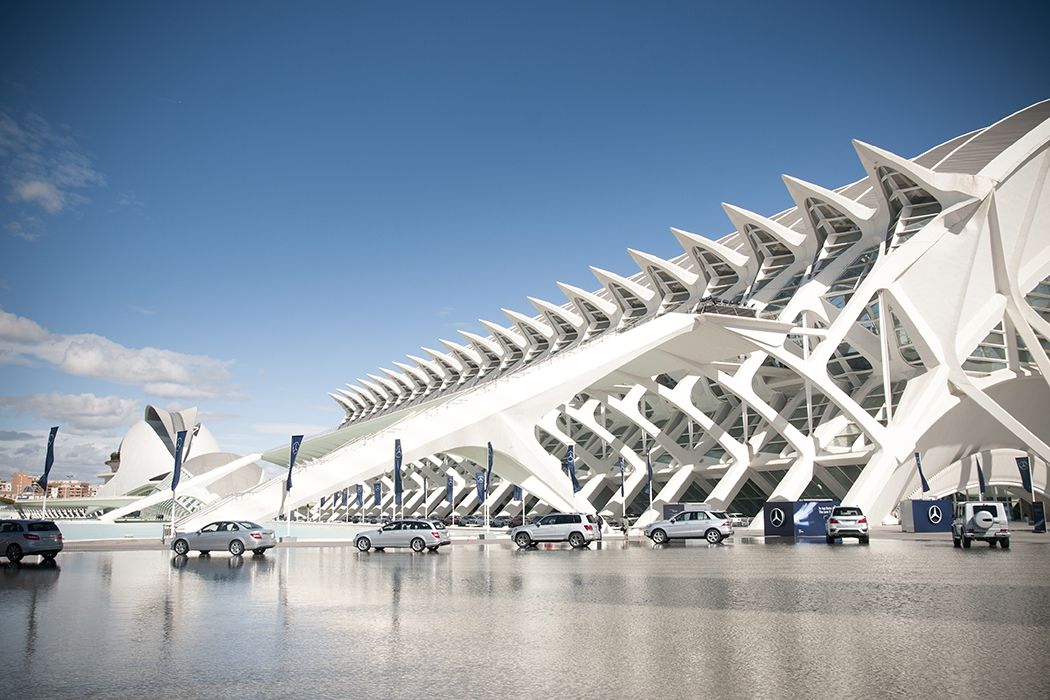 Mercedes-Benz has chosen The Concep Power- Valencia to carry out a new concept for Eurotraining. The event will attract more than 16,000 participants from its dealer and comercial network where the new S-Class as well as the CLA and the new E-Class will be presented.

The innnovative proposal from The Concept Power sees one of the most exclusive venues in Spain being used for this event; The Museum of the City of Arts and Sciences in Valencia, designed by the prestigious international architect Santiago Calatrava. The delegates will come in groups of 400 between February 18 and April 20. Full hotel management, airport logistics, transport, catering, hostesses and restaurants are provided by the agency in the 15 Million € budget event.

At Events & Co we use Cookies to personalize the session and content for each user, as well as offer social functions and analyze the traffic of our page. The cookies social and analytical, serve to share information with our social networks, advertising and statistics, as described in our Cookies Policy, and are not necessary for the page works.